Lime Sulphur as a dormancy fungicide

I am experiencing a very humid winter this year and I would like to protect my trees, both conifers and deciduous from fungi. I heard Ryan mention Lime Sulphur as a great option to prevent fungi attacks during dormancy but I also read in many places that Lime Sulphur is usually adopted with deciduous when they have lost the leaves. Apparently it could be dangerous for perennials leaves/needles. What dilution should be used to be safe with perennials as well?

Hi Simone, lime sulphur is used extensively in the horticultural world as a winter wash. It protects against fungus and also helps to control nasty insects such as conifer scale and other over wintering insects such as mites. Deciduous trees that have lost their leaves can be treated. In an article in Bonsai Focus it gave the dilution rates as 1:30 (1 being lime sulphur 30 being water) for conifers and 1:25 for deciduous. This is the dilution I use and it seems effective.
Deciduous trees in leaf can be sprayed but I’m not sure at what dilution and you have to watch for leaf scorch. Better to use a normal fungicide in this case I think.

Thanks Keith, is the treatment to be repeated periodically during winter? How many applications and with what frequency?

Do you perhaps also know when the best time to spray is at the beginning of winter or, better yet, at the end of winter? Do I have to pay attention to the temperature?

Normally it is done at the start of winter. A second application can be applied if necessary toward the end of winter before bud break. It depends on what you’re trying to achieve, whether insect killing or as a fungicide or both.
Don’t spray if a freeze or wet weather is forecast.
I forgot to mention in my previous post that the lime sulphur I use is the same as I use for treating deadwood. If you buy commercial lime sulphur check the instructions for dilution rates.
I am desperate to spray but so far this winter, where I live in the UK, it was so mild at the start of winter my maples only finally lost their leaves the week before Christmas and i haven’t been able to spray the conifers as there hasn’t been two days consecutively without rain or lately frost.
Hopefully I’ll get it done in the next couple of weeks.

Thank you Keith. I will be using the jin liquid (BonJinSan) as well, so its concentration of lime sulphur is 100%. In fact the manufacturer recommends a 1:30 dilution, but I think I will probably go for a lighter dilution to be on the safe side, in the end it is to prevent not cure. I am a bit scared of damaging the trees. Do you think that 1:50 would be too light, and do you recommend to go for 1:30 anyway? When you speak about wet weather, is it because rain would wash it out? Or is there any other good reason to not spray when there is risk of rain? My trees are sheltered in a semi-open greenhouse so rain should not wash the lime sulphur away, but they are still exposed to the environment temperature and humidity. Also…what would be the effect of temperatures slightly below 0? Would the temperature harm the sprayed trees, or simply reduce the positive effects of the lime sulphur? Thank you again!

That’s the same lime sulphur I use. It seems to be the only one you can get in a decent amount these days and reasonably priced.
If you go too light it won’t have the desired affect. I use 1:30 and things have been ok. Rain washes it off before it has had time to act on insects or fungi. Part of the reason it works is it need to evapourate. The gases given off (ie the rotten egg smell) is what attacks the fungi and the nasty insects breathe it in and die.

Thanks Keith. I have just had the opportunity to speak to the BonJinSan distributor who was so kind to give me extensive details. I report them here, in case they are of interest.
The well-known dilution is 1:30 as you rightly say. This is what magazines, communities, and the web in general say. BUT, he has spoken to several bonsai masters who admit that an inferior dilution remains effective. They prefer reduced dilutions because they are less aggressive on foliage (which is important to them especially when they have scheduled exhibitions). So they tend to apply a dilution of 16ml / 1l (which is about 1:63) and to repeat the treatment on a monthly base since Autumn, until before Spring. This is the preventive treatment.

There is a further usage that is allowed on broad-leaved only (absolutely not conifers): for roots rot you can submerge the roots during the spring repot in a mild solution of 8 ml / 1l (which is about 1:125) for about 15 minutes. He insisted that this is not for conifers, just broad-leaved.

Thanks Simone. I didn’t know about the root drench It’s something to bear in mind. Most of the bonsai masters keep their trees in a polytunnel or greenhouse over the cold winter which makes it easier to spray monthly. Unfortunately I am neither a bonsai master or owner of a large greenhouse so I’ll have to use the curative treatment (if it ever stops raining long enough!)

Thanks for the info. It will definitely come in useful if ever I decide to show and to help the tree look its best.

You are welcome. It is raining a lot also here in Italy these days, which made me concerned about fungi, thus my interest on lime sulphur.

As for the polytunnel, I have bought a small one at Dancover.com to keep my limited number of trees sheltered. I was initially concerned about the summer sun exposure, as I keep them on the condominium terrace, I would not have thought that I would be happy to shelter them from rain these days. Have a look at their site, they have tunnels of different sizes, with very good quality and price.

i use 10ml/L once a month 12 months of the year in all plants, deciduous or conifers. but its not efective to “acari” 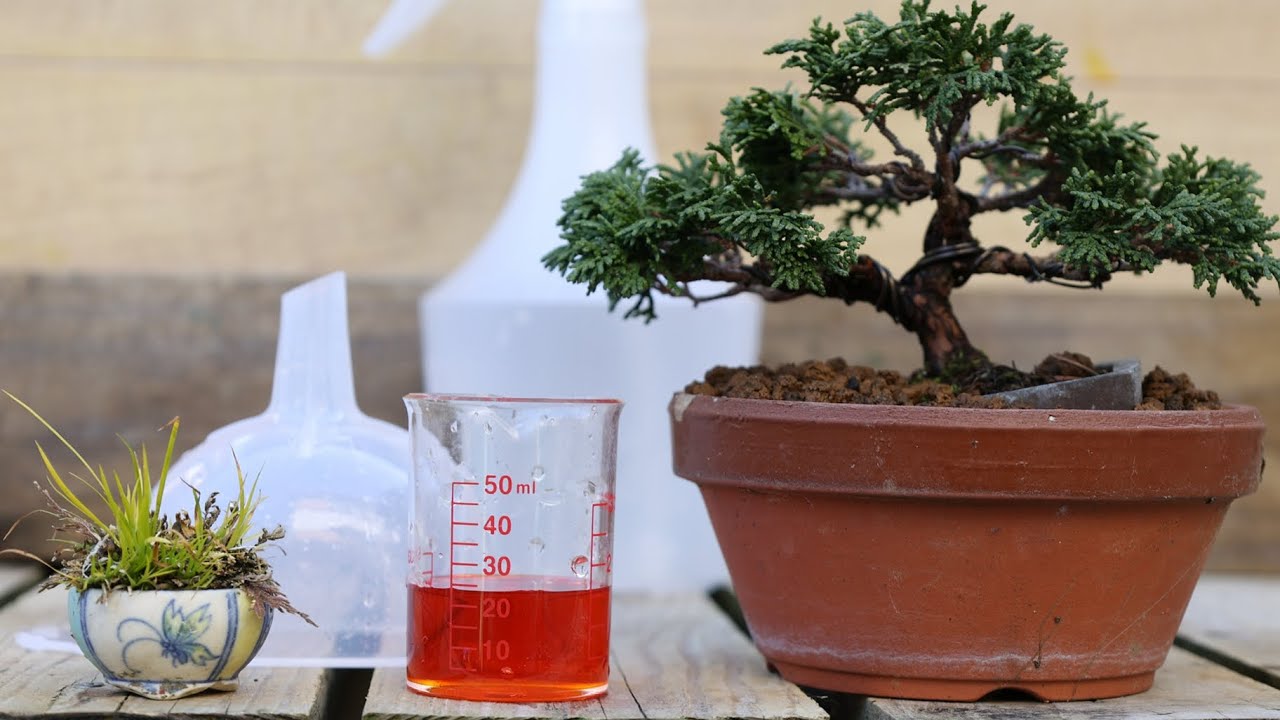 It depends on how strong the lime sulphur is before dilution, I go by the manufacturers dilution rate. Why did he protect one deciduous tree with paper and not the other?
I don’t like to use it too much, just enough to treat scale and fungi.

I think he was protecting the pots. The other pots were just terra cotta training pots.

@simone.ratti this information is fantastic!!
Thank you for sharing!!

I finally got my spraying done and had over 48hrs of dry, warmer than average weather to dry them off. Hopefully it works as now we are in for a deluge for a couple of days.

I’m still waiting for dry weather, unfortunately the snow has buried us like it hasn’t been for over 10 years in the last 10 winters, we had maybe 5cm of snow this winter over 80cm I didn’t expect that and I think I should as long as there is snow on the ground wait with spray because of the moisture what is your opinion about it

Yes, the temperatures are now around 3 degrees Celsius at night and up to 10 degrees Celsius during the day, but everything is very humid around the trees all the time, thanks for your quick response