Here are a few of my favourite trees from the show. I did get photos of them all but at over a hundred that would be a lot of photos to post! There were demonstrations from Bjorn Bjorholm, Rafael Torres, Hugo Luna and Anthony Smith. If someone got photos of Saturdays finished demo trees then please post as I had to leave before they were completed. (My appologies for not getting the names of most of the artists)

Another great show from Tony and his team. Here’s Bjorn’s take on it. https://youtu.be/UDEeNW_dGpU?t=536

It’s not for me to say who. But I do know a Mirai member who won best In show!!!

Thanks, Barney – better photos than my blurry phone photos.

Was a good show. Here are a few snaps I took of my favourites.

English Elm by Mark and Rita Cooper, Tokoname pot. The leaves were tiny for English elm, the size of Chinese elm leaves!

This twin trunk Hawthorn and informal upright Hawthorn, both by Bryan Stone

I had to leave before any of the awards were announced. I would love to know which trees won, especially if they were a Mirai member.

I’ll put a list together when I get a chance from the Facebook posts but I suspect that Tony will publish one shortly. The quality was high this year.

Congratulations on your well deserved win. Your tree was one of the ones I kept having to go back and look at again and again. Spectacular.

I saw the elm in Bjorn’s vlog and loved it. Cool display and congrats on Best In Show with it!

Love the Lord of the Rings Trident. That Dragon stand was epic! Thanks for sharing guys!

If someone got photos of Saturdays finished demo trees then please post as I had to leave before they were completed.

@Twisted there is a photo montage vid from Andy Jordan which he recently published on YouTube. It briefly shows photos of Saturday’s finished demo trees. Link should start the video at the right place. 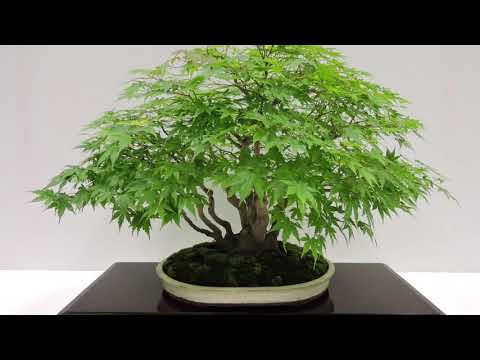 Thats great, thanks for linking