The good: Killer base and bark. Tall and elegant yet masculine at the same time due to that base- it was literally carved out of the rock. I also love that sucker emanating from the base. Its almost a mini version of the entire tree…
The Bad: Branches are long, sporadic and foliage is mostly at the tips. There is a straight, uninteresting part of the trunk, just past the halfway mark.

Questions: Do I keep the first branch on the right? It’s thicker than most and might be hard to bend downwards and its also very sparse. It is pretty flexible given its thickness though, so might not be totally out of the equation. As per the left, secondary trunk, the first brank on the left has a lot of shoots and budding while the top part of the trunk is very sparse, so do I nix that as well and use the primary branch as the leader? Not sure… Hate chopping stuff on old trees…

Pondy is a new word for me! How tall is it?
How long have you had the tree and how long in that pot?

Have you considered putting it into a larger nursery pot with more soil where it can develop strength and perhaps back bud before you do anything radical?

I received It this winter in January. It’s in a small pot because it was dug out of a rock. So it always had a small root system and small needles. But as a result most foliage is at the tips.

This timely quote is from the Stone Lantern post today:
" Before you start on a tree, it’s good to observe it for awhile (maybe even years if it’s an old and valuable). Once you understand the possibilities, it’s usually best to start at the base…"

Upper portion looks quite straight. If you keep it it would benefit from some movement imo.

Indeed. Its pretty thick and not sure how much movement I can put into it. There is some foliage I can use to cover it up and add interest though…

I would let the upper portion run to gain more strength and use it later as a jin, and the middle section looks quite nice! Wire all branches to pads and in a few years this will be a stunning tree!

My .02, mostly just regurgitating Ryan’s advice: To encourage backbudding on Ponderosa pine, we want to be generating as much foliar mass as possible. That means once it has safely recovered from collection, feeding it heavily and letting what is already there grow quite a bit before starting to make these decisions. I don’t think the straight piece is boring at all. In fact, with design, it’s often the unexpected and the piece that deviates from the rule that’s the most valuable. It certainly will be a challenge, but I bet there are much better solutions than chopping of what is certainly decades of growth.

TLDR: generate way more foliar mass and get it to a state of health and vigor before going back to make these big structural moves.

I was just going to say what @zlessley said. Give the tree what it needs and it will give you what you need.

I have a type up of what I had tried on ponderosa and how it set me back a number of years. Then I show how treated right, the tree responds so much better and you move along in the development so much faster. Basically how Ryan treats his ponderosas. 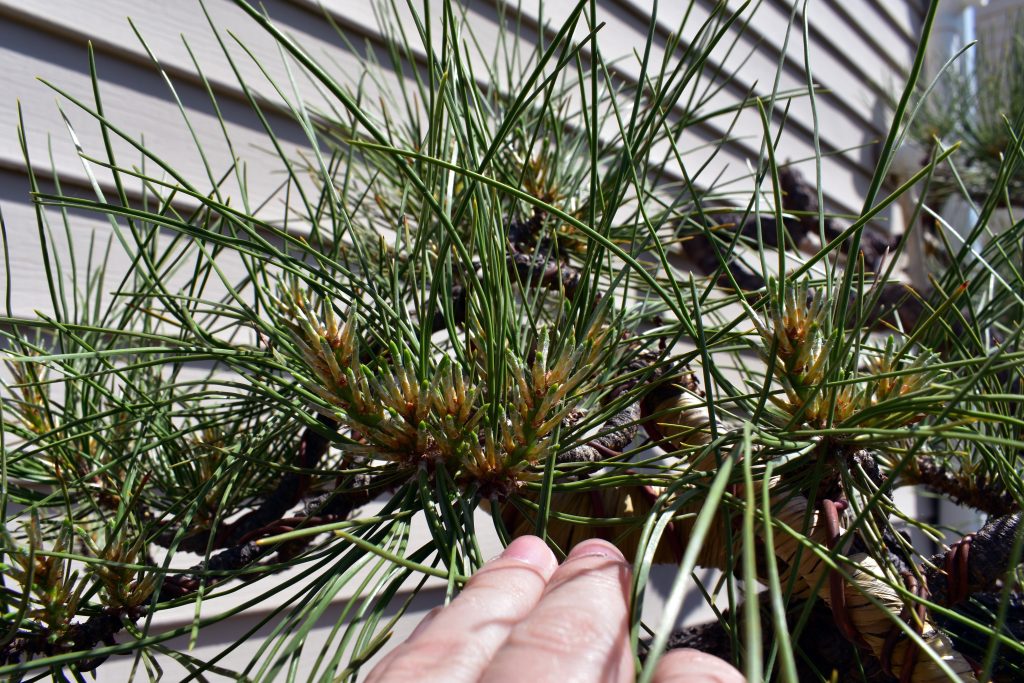 zlessley - Appreciate the great advice and direction. Thank you.

Jeramiah - thanks for that info. Ive come across that article in the past and its pretty fascinating. Thanks so much. Sounds like ill be feeding hard to increase foliage mass + back budding.

I also got this from Andy Smith along with 4-5 other trees. He is such a great guy and his yamadori is exceptional and priced nicely.