Yet another nutcase on soil science

So Iron in the plows ‘breaks the magnetism’ in the soil and that removes carbon from soil? What non-sense. The moment I hear such things (and there are others) the person looses all credibility. I cannot tell if the tests they make or the solution they provide is any good but I can tell you that as far as science is concerned David Agent is unhinged. A search in the Apical or Eden websites for any science-based information about their procedures or produces comes empty handed. So if any of what this company offers is either a simple solution shrouded on mystery or chance or doesn’t work I cannot tell. This podcast guest is as flawed and as unhinged as the previous soil ‘science’ ones. Ryan is very polite in his podcasts but he does have a scientific background - as much as is part of a horticultural degree, and he ought to know better and not give a voice to these people.

I also found this a little hard to follow, I have studied a significant amount of organic chemistry and biochemistry in my undergrad years and to me, a lot of what they were saying seemed like someone trying to put fairly complex concepts like dissociation constants and pH dependent ionic concentration in soil into layman’s terms.

I did find it difficult to extend the same interpretation when they were talking about the iron plough. Were they saying that iron ions were binding soil anions and therefore upsetting soil cation/anion equilibrium? I don’t know! Referring to this as “magnestism” in an attempt dumb down the concept of elctrostatic force attracting opposite charged ions muddies the water here. Perhaps a follow up or some clarification on the science, if any, behind this would be beneficial and an opportunity to put their best argument forward.

@Donguri, I don’t think you’ll ever get any science there.

I felt like this one was hard for me to listen to. I appreciate Ryan searching fir people to bring interesting ideas to the table, but I eventually turned this one off. My background is a Ph.D. in organic chemistry and I’m currently a tenured professor in organic chemistry. I think the idea that excessive components in the soil is a valid argument but multiple other comments in this podcast created serious credibility issues.

I am not a native speaker, but what I understood reminded me very much of the anthroposophical teachings of Rudolf Steiner. This has been controversially discussed since the beginning of the twentieth century and has nothing to do with science but rather with beliefs.

Now I have to reckon with the impulse to diving into a 2+ hour podcast to hear said discussion of plows being somehow beneficial to the chemical composition of soil in some meaningful way.

PS: Not in any way throwing “magnetized” mud around, but this did bring a smile to my face and reinforced my mental squirming at someone being called a “Savant Agronomist” reading the podcast description!

I just hope Ryan isn’t going full bore and applying their concoctions to all of his trees. The last such experiment didn’t turn out too well, and I was actually incredibly surprised to see him do that. With such a valuable collection and his educational background, I would think he would be a lot more cautious. He had already had a near calamity with his first treatment approach for root aphids…

I agree. It was interesting to hear Ryan clarify yesterday during the stream that all he cares about is that they have a product that seems to work and that they have developed a unique test showing something about Calcium transport within the plant. I commend Ryan for distancing himself from all the nonsense that the guy spoke about. However, it is still troubling that there’s a test developed that as far as I can tell nobody in the scientific community knows about, was never scientifically validated and is developed by the same company that sells the product to remediate the deficiency picked up by their test. If this product and their test are so ground breaking, they ought to patent both and then disclose them to the scientific community so that their claim can be assessed scientifically in a controlled and statistically sound manner. Assuming that their test and product hold up to scrutiny, they’ll contribute to the advancement of science and a better world and still protect their investment/company/products. As Carl Sagan put it wisely, in what is now known as the Sagan Standard: extraordinary claims require extraordinary evidence.

BTW…there is a conversation on how steel plows led to the dustbowl…but mechanism cited is that the new plows were able to strip the soil more efficiently and the near total loss of native grasses led to wide spread erosion. Not sure how that becomes ‘breaks the magnetism’… The Plow That Broke the Plains

The Plow That Broke the Plains is a 1936 short documentary film which shows what happened to the Great Plains region of the United States and Canada when uncontrolled agricultural farming led to the Dust Bowl. It was written and directed by Pare Lorentz. The film was narrated by the American actor and baritone Thomas Hardie Chalmers. In 1999, The Plow That Broke the Plains was selected for preservation in the United States National Film Registry by the Library of Congress as being "culturally, h... 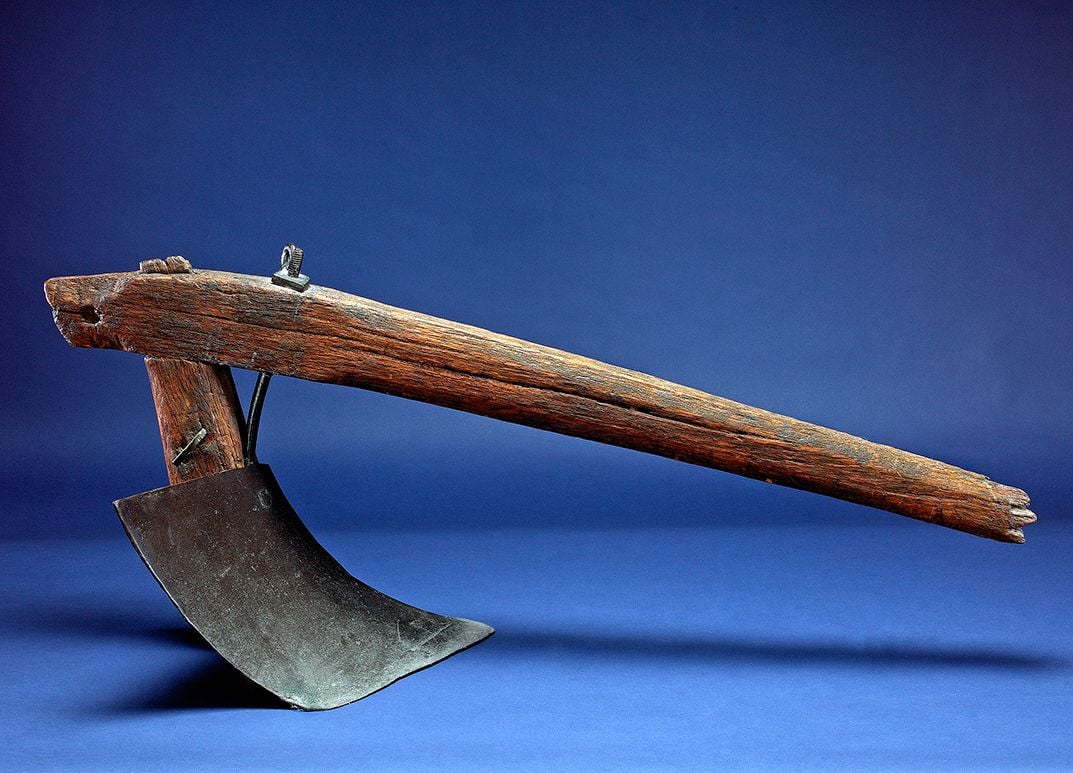 Did John Deere's Best Invention Spark a Revolution or an Environmental Disaster?

When Deere created his now-famous steel plow, he created America's breadbasket and set the stage for many of modern farming's environmental problems