There was some talk in July last year at my club that in South East Queensland people’s black pines had all flipped out and started pushing candles early. It’s now coming up to mid Summer, which is when the common knowledge states it’s time to decandle, but jeez the growth looks like it’s well past that point 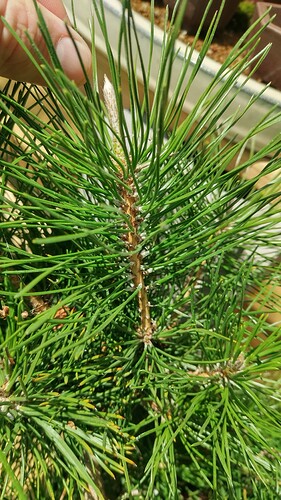 Rather then just time, are there physiological indicators that I should be looking for if preparing to decandle?

For a little more context, my candles looked like the summer candles in this members thread

I started documenting this particular Black Pine last year. I thought it would be a great project to film and produce every year of its journey to becoming a bonsai. Japanese Black Pine Bonsai Decandle and Shoot selection 2nd year 2022 - YouTube

…but in October, mid spring. Should I have grabbed the scissors then?

I agree with Roger that it is more about timing than the state of growth. However, I believe the timing has to do with how long it will be before growth terminates in the fall. Here is a link to a blog post by Jonas Dupuich where he discusses the timing in terms of the climate using some USA examples - When to decandle - Bonsai Tonight. These will obviously be flipped by 6 months in the southern hemisphere. Roger and I are both in the Spokane, WA area which is as far north as Seattle which impacts the daylight length, but is generally quite a bit warmer than Seattle during the summer which is why he stated June 1st.

Folks, thanks heaps for taking the time to reply.