I’ve collected this Hawthorn and am debating why I should remove the moss on the dead wood. I know that typically we aim to halt decay and preserve dead wood, but I’m second-guessing myself because I like the moss. It’s definitely speeding up the decomposition of the deadwood from where it was cut many years ago. I’m not sure that’s necessarily a bad thing in this case as there is plenty of dead wood and it’s breaking up the harsh and artificial line created by the cut made when the tree was felled years ago. Also, this really has a sense of place as western Oregon has moss in abundance.

First off; dope!!! Where’d you find something like this. Not like gps coordinates lol. Man, I hear ya on wanting to keep the moss. It looks sick. Adds a lot of character to the tree. How long does hawthorn deadwood last without moss on it?

You don’t need to preserve the deadwood if you like it rotting. The only reason to preserve it is if it’s currently in a state that you like.

Thank you! I only had to go down a flight of stairs from my front door

I think in this climate, without stabilization and preservation, a piece like this would likely break down significantly in the next decade, but that’s just a guess. I suppose that answers my question. If I want to keep the deadwood as it, I should remove the moss and work to preserve the deadwood.

Ok, next question: does anyone have any suggestions on preserving this wood? I have little hands-on experience and don’t want to muck it up. (Actually, I’ll just start a new topic in the beginners area as it’s a pretty basic question)

I’ve used PC Petrifier and liked the results. It starts out a bit shiny, but dulls overtime. I can’t really speak to the long term results, but it doesn’t kill the tree which is always good lol. Harrington on YouTube uses a form of super glue.

He uses regular liquid super glue (not the gel form) or he as calls it cyanoacrylate. Just another name, some people call it CA glue too.

Anyway, you will probably need a lot of super glue for that a piece of deadwood that big.

There is a good feature video on hardening dead wood.

With it being deciduous you would probably not be using lime sulphur but the video talks you through the technique and you can see Ryan’s preferred hardener.

Dude, I can’t get over how sick that yardadori is. Ultra jelly! Please post updates.

There is a good feature video on hardening dead wood.

With it being deciduous you would probably not be using lime sulphur but the video talks you through the technique and you can see Ryan’s preferred hardener.

Where do you guys get your lime sulfer? I’ve got a juniper that I’d like to do the live vein work on. I couldn’t find what I was looking for at my go to store aka Amazon lol. 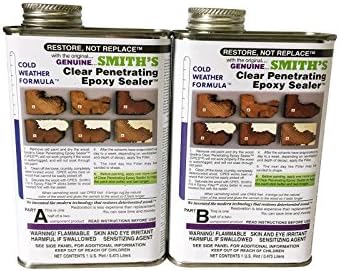 You can get lime sulfur at pet stores as a dog bathing product. It’s sometimes at a different concentration though, so you’ll need to mix it differently.

Just an update, it struggled through the transition but there’s new growth emerging!!

Nice! I love that feeling of seeing yamadori start to make the transition from survive to thrive. Congrats! Can’t wait to see what you do with it.

Ayy buddy, I took some pics, really impressed with the new growth! It will take a while, probably another year or two in this pumice and moss, but I’ll feed heavily this year and get some thing sturdy to work with!

How many roots it had after collection?
I’ve managed to get one before construction works near the road so wasn’t able to prepare for that. Think my only had few fine roots and it is rather big one - I am a bit afraid that it will not make it

Not as many as I would have liked, but i saw at least a few fistfulls of fine roots when I collected it. It had one main live root that I had to saw off just to get it out of the ground (it went directly into the hill) that was giving it most of its access to nutrients from what I could tell. I just put it in pumice and packed sphagnum around the patches of fine roots to give them a fighting chance and it looks like it worked!

I helped Randy Knight pot up a bunch of collected trees last year and got a bit of a crash course in it. Most of what we were potting really had very small root systems, he just chose the smallest nursery can they would fit into comfortably, potted them up with pure sifted pumice for most conifers, mixed pumice and small wood chips for the rest of what we were working with, and made sure to do a thorough but rather quick job of compaction with a chopstick, and then secure the trunk to a side of the container with a bit of wire through two holes in the container, one drilled on each side of the trunk.

Honestly, working with him gave me a lot more confidence in collecting and I’ve since successfully collected a few other things!

Cool! Thanks man for the tips. I will need to wait now, but fingers crossed for its survival.