Thank you for the advice! I do have quite a few pre-bonsai and nursery stock. I have a good size back yard and would like to start field growing. There are no bonsai nurseries within 4 hours of where I am and I was wanting to start growing from seed and field growing to help supply the community with local and affordable material to try and get more interest and availability in the area. Thanks again for your advice! I thought it was very odd and discouraging myself. What I quoted above was a word for word response in its totality. It is a small club I guess they want to keep it like that.

Great to hear you have other trees in your collection as well! I should have been more exact in my wording, I didn’t mean bonsai nurseries, just your standard garden nursery. There’s not a single bonsai nursery in the whole country where I live (Finland), so I rely completely on garden centers for my nursery stock. The larger nurseries tend to have a big selection of species and special varieties, but I’ve never asked if they also sell seeds.

If you are in the northern hemisphere now is a great time to collect seeds. Look for pine trees dropping cones and oaks dropping acorns.
Best of luck!

I have a japanese black pine that I started as a seed. Now three years later it’s tiny…like…tiny. It’ll finally go into a grow bag next season though.

Growing from seed is great if you have lots and lots of time or want to sell a bunch. If you still want to give it a go I’ve had a decent amount of success from the “bonsai kits” you can get on Amazon. You typically only get at most 5 seeds of any given species though. I’ve done this for trees that I have a hard time gaining access to, but overall it’s not that much fun when compared to how much work goes into bringing the seedlings along.

I have found very high germination rates with Japanese Black Pine seeds purchased through Seeds.com. I think you can get their seeds on eBay. I tried with and without cold stratification, and both were very high rates (e.g. 70%+).

I tested a few other sources online, and none were nearly as high as those, with another source from Portugal (via eBay) coming in at 20%-40%.

I have a different take on what the club president meant. When I read his response, it came across as being curt but genuinely trying to point you in the right direction. People growing bonsai don’t necessarily have fresh seeds to sell (I get that you weren’t asking for something for free). I think the president could have used gentler language, but e-mail is a tough medium for nuances. I would try to imagine what it would have been like if he said the same thing in person with a helpful intent/tone of voice.

As for his advice, I think it’s spot on. There are many cheap online sources of seeds, and an easy way to go is to buy from a few different producers and compare. Now, if you were talking about some specific cultivar that you wanted that a club member had and you knew they had seeds, that would be a different story. But if you want widely available species online is the easiest in my opinion. Good luck!

Welcome to the world of Bonsai, @MagicMike !

There are plenty of people out there growing trees from seed, but that is an exercise in patience at the very least. I totally agree with @Micke and @Bonsai_Bentley, except, maybe, for the “get as many” as you can philosophy. See some of the discussion in the post below;

Another day. Another trip to the nursery

I do encourage you to get a few less expensive trees from your local garden center, nursery, or big box store to apply what you’ve already learned but not so many that you can’t manage them. Dig hard into the archives of streams and Q&As that apply to the species you are most interested in (definitely recommend becoming a top tier member of Mirai) and then, when you start having real success, go and find some bigger or more developed trees (read more expensive) that you can focus your efforts on. You will be rewarded with better looking trees and a better understanding of the species you have decided to focus on.

Thank you for the advice, I haven’t seen many success stories with online seed purchases and your account gives me encouragement. I will definitely visit seeds.com and do some experiments.

Thank you for the response, so much great advice! I am a top tier member and have been devouring the content. Thanks for the encouragement.

Could you post a link to the eBay store you used? I have searched seeds.com and cannot find it.

Sorry about that - I put the wrong address in my original reply. Here is the company’s website with a link to their “bonsai” seed section (although as you probably know, there is no bonsai seeds per se, they are just tree seeds): https://www.myseeds.co/bonsai-trees/

Great, now I have to get these Japanese cherry blossom tree seeds since I have sakura in my tattoo.

There is some great advice here, but and this is only my opinion, growing trees from seed is a satisfying thing to do. I sow some seeds every year. I know some will still be developing long after my toes are pointing upwards but somebody else can have the fun of styling them. More importantly, it helps you develop a horticultural sense toward looking after your trees in your specific environment. You can discover what grows well and what doesn’t. Some species, if grown well, will produce a nice shohin in as little as three to four years. So well worth the effort. On the other hand, once you have stock growing on, it would be quicker to use cuttings and air layers to further boost what you have.

If you are in Canada you can get seeds from Bonsaisupply.ca. He might even mail seeds to the US. I have bought Trident Maple and a 6 Variety of Bonsai seeds from him. I’m in the process of stratifying them for next spring.

What strategy do ppl use to germinate seeds? I’ve used both little plastic grow “houses” with peat pots as well as just planting straight into potting soil in a terracotta pot.

I’m going to try bottom heat with a heating bed. I bought a soil heating cable 48’ long from eBay for $10 and it retails for 45. It was brand new never used. So that’s what I’m going to do. I just read on different blogs and informational posts on the best way to propagate. Like maple seeds need a 20-90 day stratification. Some other species need scarification. I may start a post on my journey but I’m not very good at keeping up with posts and blogs throughout the duration of my experiences.

Here are a couple of blog posts on growing Japanese Black Pines from seed that I am in the early stages of trying to implement: 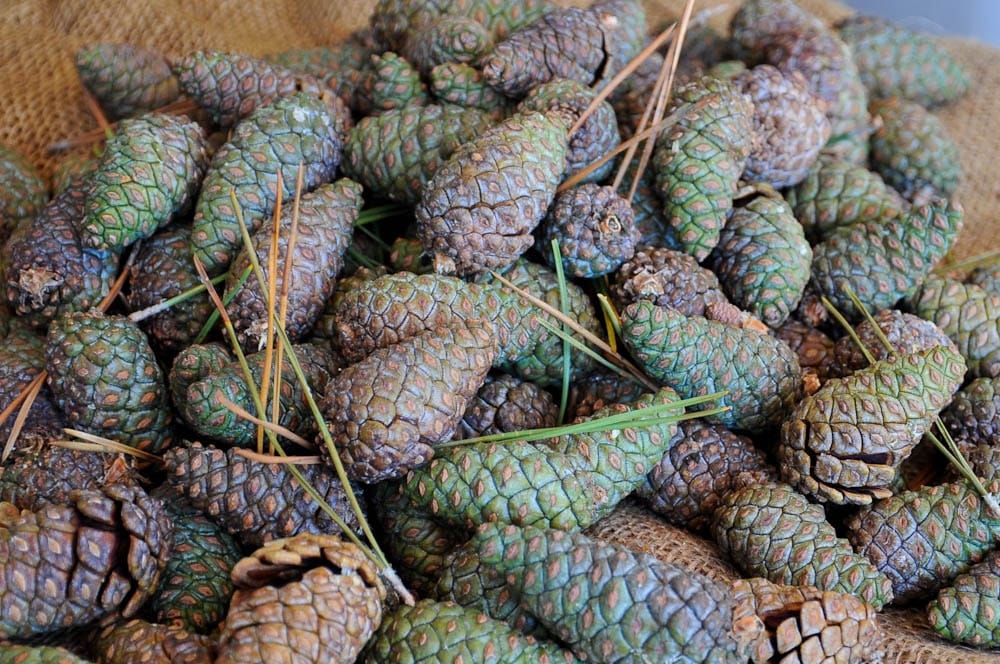 How to grow Japanese black pine from seed - Bonsai Tonight

Everything you need to know to successfully grow Japanese black pine from seed including selecting the seeds, stratification, planting and basic care. I began to describe the steps required to grow Japanese black pine bonsai from seed last year, but left off just after planting the seeds. I ended up abandoning last year’s batch as only a dozen seeds sprouted. I tried again this year with much...

I have usually used my grow soil mix (2 peat moss/1 black lava/1 pumice) with good success for seedlings/cuttings. It usually has a good balance of water retention and drainage that a seedling/cutting needs. For the JBPs I tried 50% with that and 50% with a very fine (1/16th or less) akadama mix for the small “inner” pocket (see the second article above) and then my 2:1:1 akadama/lava/pumice mix of regular size on the outside. So far no discernible difference, although there might be one in the long-term quality of the roots/how fine they are/etc.

Interesting. I’ve been pretty rudimentary at this point. As I said, just starting in peat pots and then transferring to potting soil. This year, after actually trying to practice bonsai properly, I collected various maple saplings that sprout in the yard. Some went into pumice and some went into diatomaceous earth. The saplings that went into pumice are doing much better. I guess as a side note, I’m not too happy with DE in general. I liked it as a cheap and readily available option, but so far I’ve found that it’s really only viable as an additive/filler at best.

Nice variety @Jayhawk, thanks for sharing. Which ones have you had germination success with from them? They are certainly not cheap, but clearly worth it if they work considering all the other resources involved in the process…

Japanese Black Pine x 2yrs of orders, Trident maple (small leaves), English Oaks, and Mimosa (Albizia) all had great germination rates. Although, I see a lot of stuff is not currently available.