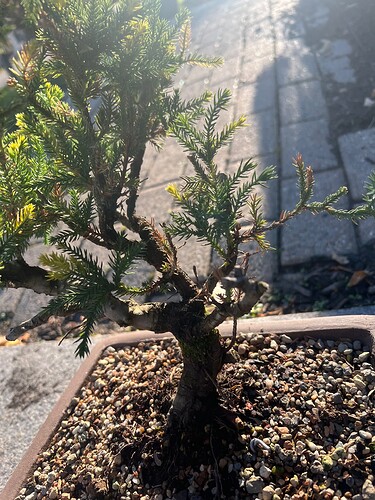 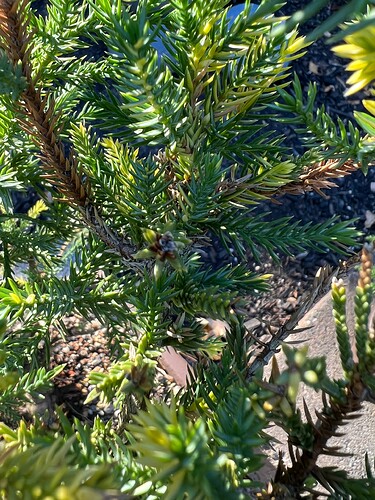 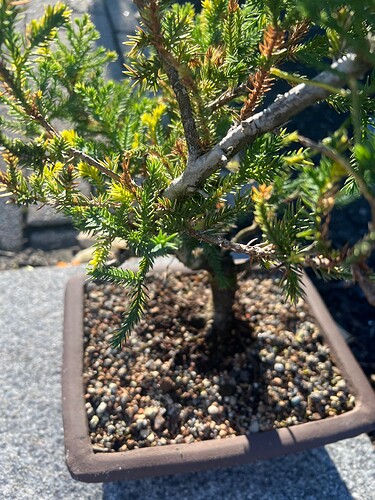 So I’ve been very fortunate thus far where all of my trees are healthy. I got this tree in August I believe. This sort of graying and browning has been happening basically since I got it. It isn’t large twigs or branches at a time so I thought time might deal with it. Is this phomopsis or something else? It is a variegated San Jose.

So definitely some tip necrosis. Doesn’t look homogenous, but a lot of it seems to be limited to new growth. So it could be phomopsis yes. Having said that i see some older die back and some damage to individual needles, so could also be scale. Maybe both.

Also important to remember, variegated varieties stress more easily and photosynthesise less effectively so if there has been a misstep in the culture at some point, it could also be causing the issue. Stress can also trigger phomopsis outbreaks as well.

*edit- Just noticed now, a few months had passed. How is she looking?

A lot better. I hit it two times with copper fungicide and kept it separate from my other trees. We’ll see in April. Thanks for the response.