I got to collect a Texas live oak from my friends house today but unfortunately he’s selling so I had to take it now. Some general advice would be ok but I was wondering if anyone had any experience collecting this species and what are some nuances it has when collecting. I already built a cedar box as small as possible and filled with pumice and I’m placing it in a shaded cool spot because the Houston summer can be intense. Any advice would be greatly appreciated. Hope y’all are having a good day. 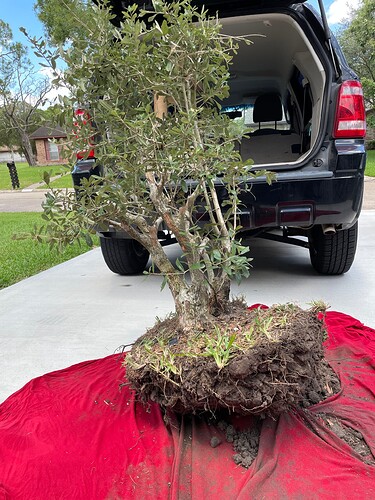 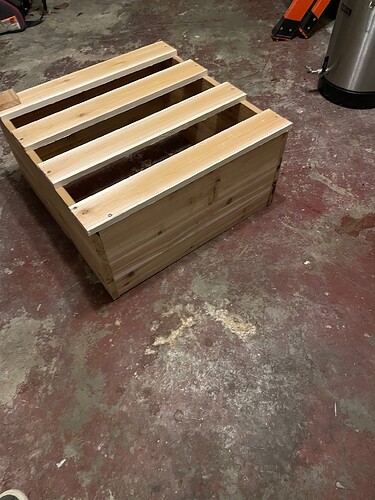 Shade. Mist. Water. Pray. Live Oaks are tough to collect and 100 is the norm here for another month. Wind is your enemy as well so try and protect from afternoon wind and sun at all costs.

I would also reach out to the Houston club. They have some very experienced members that may be able to offer the best local knowledge.

Nice looking oak. From what I gather it’s a hardier sub species of virginiana or can be similar to a scrub oak. I had luck with collecting a coastal live or and didn’t have even close to 95% of the root mass you have there. I watered every day. Mine was in a 3gal nursery pot with a 1:1 mix of 1/4” pumice and FoxFarms Oceanic Forest potting soil. I kept the humidity up around it as much as I could and watered it every day with hormex drench once a week. It was in very limited direct sun for the first year after collection. And produced no above ground growth. This year it gave me great structural branches.

Leave as much original soil with its roots in the box and expect to have a 50/50 chance of survival. Everything I’m learning is oaks are hard to collect.

After getting it home 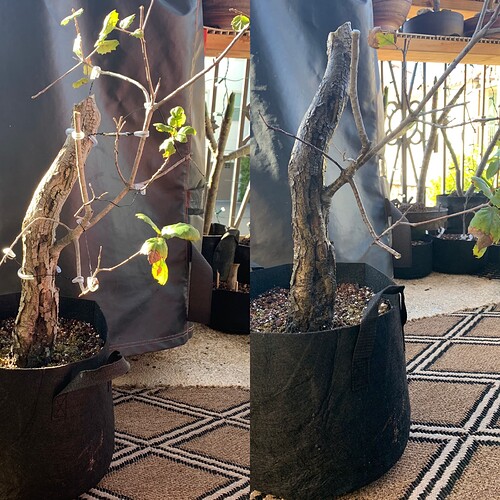 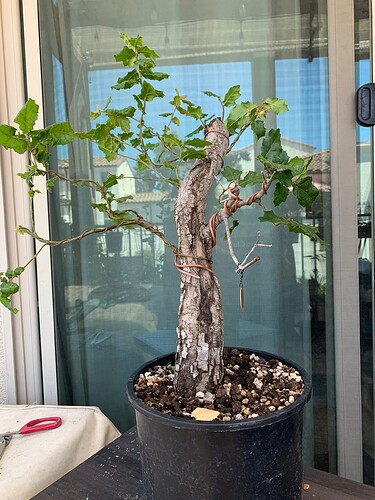 Very nice tree, I personally love oaks.
As @moon mentioned the wind is the biggest enemy and then the heat. Generally wrong time to collect.
If green house not available, definitely build some construction above it in this time of the year and cover in clear plastic to keep the moist in and safe from the wind. Alternatively just get very large plastic bag (the tree looks quite big tho) keep it on the ground in a shade and mist daily. You will increase chances of survival tremendously.
Good luck

Thanks, I think I will see what some the club members have to stay but for I’ll just try to keep it cool and shaded

Thanks, hopefully mine makes it through the next year. Yours is looking great

Thanks, right now it’s in between the house and a fence with a large shade tree over it so no direct sun or wind, and hopefully a lot of transpiration from the bigger tree. I’ll be keeping it misted too. Hopefully that’s enough🤞

Oaks usually have a summer dormancy, and with it as hot as is been, it could have been a decent time to collect. Can’t wait to see its progress and recovery. It’s a cool little tree

Also a follow up question. At some point, I want the height of this tree to be about half of what it is now. Do you think it would be better to make that reduction now or just leave it alone to recover and do that in a couple of years?

For now, I would leave as much above ground so it has the ability to establish itself in its new digs. I’d say, based on all the streams I’ve seen Ryan do, once it’s growing healthy again, consider working the tree then. It will use what it has to regrow roots.

Having just collected it keeping it alive is the only goal. You will likely not do anything significant for 2 years.

How did the tree fair? Is it still alive?

I am in Dallas TX (Zone 8), and have worked with several live oaks, all from the same Home Depot nursery stock.

All of which is to say-- keep doing your homework. Get to know, not just the species you are working with, but the variety as well. Learn its growth habits, its eccentricities Avail yourself of the great variety of wisdom on this Forum and others. Use appropriate chemicals at appropriate times according to label instructions.

Don’t know if this was helpful, but there ya go!

It was very helpful! I’ll keep paying attention to how the tree grows and reacts and adjust accordingly. I’m in no rush to get this thing show ready. Just happy it’s still alive.

It is still alive. In the month after I collected it, all of the leaves dropped. It sat with no leaves for about a month and then pushed out new growth, all from the trunk. About 6 weeks after that it pushed out a second flush of growth. So far so good!