We just collected these on a club dig this weekend. I like the character of both, and they both came away with decent root balls. My club members say the survival rate of the species is not great, but I suppose only time will tell.

They are both potted in mostly pumice with some added field soil from the trees original location. I’m watering the foliage / misting a few times a day and have them sheltered from wind and with morning sun only.

Any thoughts on styling if and when they survive? I like the trunk movement on the slanted one, but the branches aren’t in great locations. Maybe self grafting would be helpful? 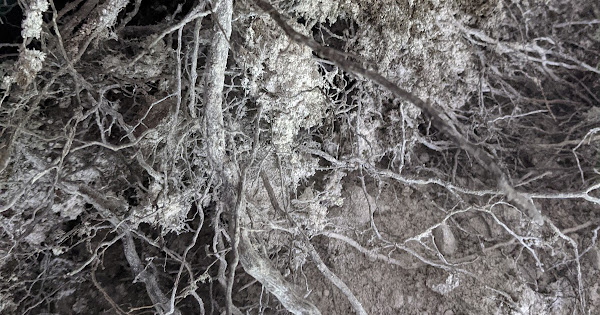 Bonus picture of mycorrhizae that I’d originally thought was on the roots of this tree, but after getting it home it does not appear that is the case. I’m now pretty sure that was bonded with the roots of a nearby Quercus as none of the roots were attached.