A local bonsai nursery I went to recently had a tree labeled simply as “Cedar” and the owner wasn’t quite sure on the exact species. Can anyone ID the species on this tree? The color of the needles wasn’t quite the same as the blue I’m used to on blue atlas cedars. The needles were also shorter and more compact than what I’ve seen on other cedars. Each branch only seemed to have a single bud just at the branch tips which I’m not sure I’ve seen before either. 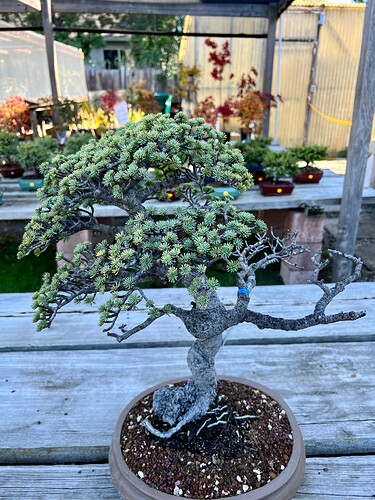 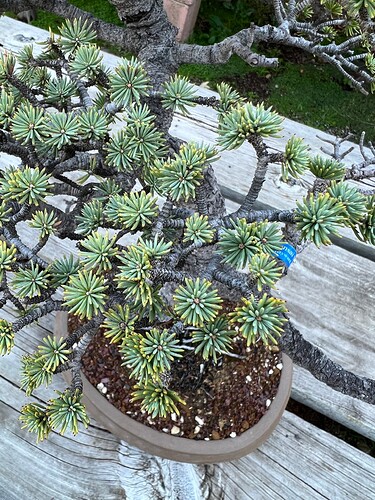 In truth, no way of really knowing. Certainly not from a look of the foliage and bark of a bonsaid specimen. Cones would be more indicative but even then, from morphological data the three varieties of Mediterranean Cedrus are sometimes considered subspecies of C. libani. Point is, it can be tough to tell.

Having said that, the fat globose buds are suggestive of Atlas cedar. If they are very resinous when vegative, than it could be Atlas.