I saw a website selling fired Akadama, aka akadama that’s been fired at 450C to increase hardness while retaining cation exchange capacity (allegedly). It even comes with a testimonial from Walter Pall.

It says it decomposes only after 5 years or so. Given Ryan’s belief in the breakdown of akadama’s action on roots, is this a positive or negative? Apparently, in most of Europe akadama is unusable on its own (almost no one uses straight akadama), but I live in an arid and hot area of the Balkans, so no issues with frost for me. However, I’m not keen on removing clay from tree roots either, so this fired Akadama thing has me interested.

Any thoughts on this, and if it would act like akadama in terms of benefits to both nutrient uptake and root growth?

There is some discussion on this in the bsop soil video. From what I remember, it’s either marketing bs or that, if it was fired, that would have a negative effect on the CEC.

Also you don’t have to clean the akadama off the roots when you repot. In fact, you should probably keep it in place.

I think most of the akadama imported into the United States is heat treated to make sure that the roots and other organics are sterilized. I seem to recall seeing either 300F or 300C. Higher temperatures and longer times will change the minerology and structure of the clay and generally reduce the CEC and increase the hardness. For firing of clay based ceramics the peak temperature is generally 1000 - 1200C and the temperature is raised fairly slowly to about 600C as chemically boned water is driven out and the for the alpha to beta quartz transition.

I’m in Europe and I do use akadama either on its own or mixed with pumice and lava. The mix is a great cost saving measure and reduces potential problems. In my opinion, a lot of the negative experiences with akadama came from the shitty brands that were sold in Europe 20 years ago and by lack of experience.

I did some testing with various soils when I was still in Germany (2006 to 2016) and akadama survived the shitty weather I had (down to -25C in the winter, excessive rain in fall/winter/spring, up to 42C in the summer). My biggest issue with akadama (apart from price) was that the water retention was too high for the wet season. I had to protect pots from the rain so the roots could dry every once in a while. I had a similar issue with lava on its own. Some akadama turned almost rubbery after the first winter, no akadama turned to mud between repottings. Some of the kittydama recommended at the time on B4ME (not the DE, the other one) turned into solid blocks after a few months and the trees in that substrate couldn’t be repotted without taking a hammer to the root ball. The substrate Walter Pall recommended at the time, MaxIT Clay, was dirt cheap (8€ for 50 liters in 1-4 mm) but required mixing with peat as it was a leca.

I haven’t tried Ibuki’s sieved mix, but some members of my club bought a few bags this year to try it. They can’t say anything good or bad yet.

I think most of the akadama imported into the United States is heat treated to make sure that the roots and other organics are sterilized. I seem to recall seeing either 300F or 300C.

Good quality akadama is flash dried at 300C for simple logistics reasons: dry akadama is more resistant to handling than wet akadama. Drying it before bagging (and keeping it dry in transit) ensures a higher yield on the production line and less losses in delivery. Some places dry the akadama with hot air, some places with a tumbler on top of fire.

Thank you for the replies people! I’m still left a bit apprehensive about buying akadama at all. Main reason being I have to order it online, and pay shipping for a damn heavy package. And if it turns out to be shit quality, it’ll be costly and will be a pain to clean.

Any Europeans here to recommend a trustworthy seller? Or at least an alternative to akadama?

Hey, I’m using a brand called ibaraki, this one is small grain and been in this pot for 3 years now, still no signs of braking down. Living in Europe, Transylvania.
There is also a version of this that is called hard akadama, a fired one.
Last year I tried pure akadama on a few trees that needed repotting, the root growth was really great but the foliar growth wasn’t, led to some health issues, had to switch back to mixing the soil.
In my climate pure akadama doesn’t work, but adding it to the mix def helps.
I usually get stuff like this from Germany or the Netherlands, even with shipping it’s cheaper then buying it from inland.
Some sites I recommend buying from that are trusted:
bonsai.de

Bonsai Plaza, the webshop for all your bonsai and bonsai supplies.

Everything a bonsai enthusiast needs can be found at Bonsai Plaza. Browse our extensive catalogue to find your perfect tree, pot, scroll, book, tool, soil or fertilizer. Did you see our garden trees?

These are just a few, pick the closest to you, that ships the cheapest.

Thanks man, really appreciate that! Why do you think pure Akadama wasn’t good for your climate? Was it too wet?

I have a feeling it might be fine for me to use a mix heavy on Akadama because it barely ever rains here and the winters are very mild. Despite the USDA zone for Skopje being 8a, January daylight temps usually float around 10C, and get to 0C at night. We do get - 5C nights, and February can get to - 10C for a few days, but I don’t think that would be very damaging to the soil. Thou again, I have no experience with it yet.

What are your thoughts?

We have usually wet spring and lately a super long autumn close to around freezing with a lot of fog.
Even my sohin and mame trees didn’t need watering for 4-6 days at times during this period.
Thus it was too wet.
Plus the water is hard as a rock here, in full inorganic soil after a few months pH in pots gets hard, I measured 8/9 so I had to incorporate some organic components to try to balance that.
I think that’s why pure akadama was a bust for me.
Now I’m trying to add coco peat and pine bark to soften a bit
Check out this video for soil components brake down. 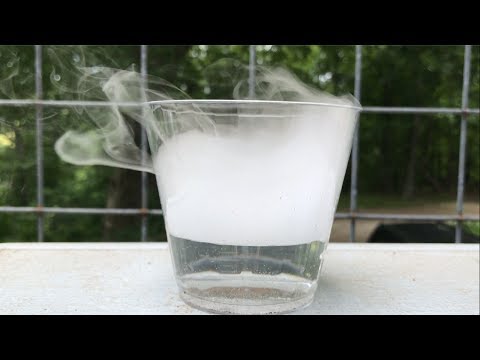 I just watched the video and wow. I already use granite and peat moss for my development trees but now I’m debating about the ones in akadama. Good video thanks

I’m actually repotting a pine that has been in one of the ibuki mixes later today. I’ll be happy to let you know how it looks. I’m in Denmark and have similar temperatures as you describe although it rains quite a bit here. Not as wet as some UK areas, but not far off.

I’ve been pretty happy with the ibuki akadama for a few years now. I mix it with a lot of pumice, sometimes 50/50 sometimes 30/70 pumice-heavy, to keep things airy. Lastly the DE we have for cat litter here it really nice and very cheap and does well for a long time in a pot.

Even though ibuki is marketed as sifted (iirc) I still gotta sieve it to keep some dust out.

Thanks! Do give us an update when you can please!

Although IBUKI are not responding to me, might be on holiday.

Alright, i git a few photos. Don’t know how easy it is to see. It was in a mix of the fired akadama and pumice (and some granite because i didnt know Amy better in 2019).

There has been some breakdown if the fired akadama. The texture and color is quite changed and some of the particle are slightly more brittle.
Mind you, this is only two years in this pot. My take away is that it definitely holds its shape better than regular akadama but I don’t know about the cost of loss of cat-ion-exchange and other functions.