Everything is in the title, I’ve Ryan using dye on his video of Topdressing Creation, as coffee has a strong dying potentiel, and as i dont have access to the dye he use, in my country, i was wondering to use filtered coffee as a dye for the moss, but i am concern about the agents in the coffee, i know some people using ground coffee to sprinkle it on some soils, i did it and some white moss began to appears, i didn’t know if it was good or not so i decided to take it off.
So first can i use coffee as a dying agent ? And by the way was this white moss, from the coffee ground, good or not ?

Might not be a bad experiment, just be aware that when coffee grounds are added to soil, they are brewed and rinsed. Fresh grounds are too acidic for most plants.

You DONT have access to calligraphy (sume) ink?
Oak gall powder is easily bought. It gives a dark brown dye, too. 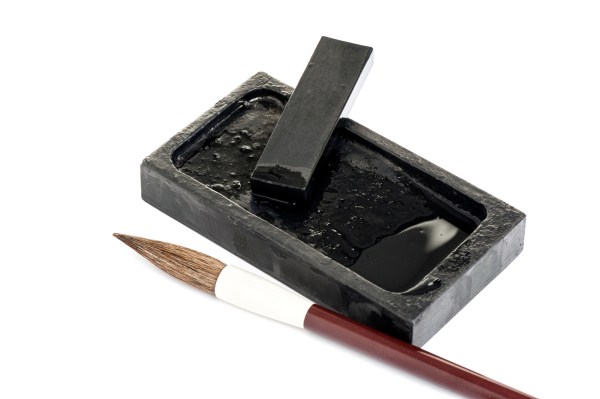 Inks for Japanese and Chinese brush painting (sumi-e in Japanese) and calligraphy are made from soot combined with animal glue. These core ingredients create subtle tones within blacks, ideal for c…

To be honest I thought that the ink Ryan suggest and has in his shop was a special ink for sphagnum moss. And as long as he suggest especially this one with the green cap I didn’t want to go for something else but if I understand it is just regular calligraphy ink right?!

For the Coffee I was thinking to using filtrer coffee (v60 for those who knows) so no residual grounds but as you said David it might leave some acidity into the sphagnum moss and for my Premna I won’t take the risk as they do not like much acidity.

Finding any products can be tricky in Thailand when we don’t know where to look and sometimes you need translation for it. I know one art supply shop I will try to check for it.

Do you have any brand suggestion and colors for the ink ? What is the brand of the one used at Mirai?

I bought a bottle that looks the same on Amazon. The labels are all in Japanese except for the volume, telephone number, and what looks like a lot number so I can’t tell you the brand. I imagine that any brand of sumi ink should work.

Sumi ink is made from soot, charcoal. You might be able to make something similar using ground charcoal/ash from a natural fire and allowing water to soak in it and then straining out the fines and grit that remains. I know tea is used to stain things as well, and I imagine it would be less acidic than coffee.

Long term, it WILL grow moss; if you include dried moss spores in the surface treatment. You could tuck fingernail chunks of live moss into the mix. It will spread very quickly.
.
I do not dislike the texture and grey color of the mix. Just have to get used to it. Black dyed sphagnum does not appeal to me… lovely emerald green moss will grow…
.
I use sphagnum / dried moss surface treatment on all my bonsai. Unfortunately, summers now go TO dry here to keep moss growing. I use it to stabilize surface for watering.
.

I think using ink is mainly for an aesthetic purpose, I’ve continued to check for sumi ink, and for exemple I’ve seen some one Amazon at 9$ but I have to add 20$ of shipping and taxes so not worth it. If I find it while shopping I would probably get some.
For now I think I will stay without it.
On those 2 pictures you can see my maple that I top dressed with sphagnum moss mixed with dry green moss and this is after maybe 3 weeks. It is already getting all green.

Same with this ficus that I repotted 2 days ago with the same top dressing. So yeah I agree with Ryan it is catching the eyes a lot but for a tree on training I do not really care I think.

(Pls do not judge my wiring, it will be remove soon ahah)