This is a witch’s broom I found in January while exploring a nearby bayou. I was able to locate it again last Friday. In March, I’ll be back in the area with an extension pole tree pruner to collect cuttings. The broom is only about 15-feet off the ground. The water is about a foot deep and the water bottom has plenty of knees. Just deep enough to float my kayak in and out, but shallow enough for me to get out and work. Also, just late enough in the year that all the alligators and snakes will be fully awake. It’ll be a party!

The photos are being posted at full size. If you cannot view the photo at 100%, I’ll be happy to post some cropped photos of the budding that is taking place. The internodal gaps in the witch’s broom appear to be quite small.

I have never tried grafting bald cypress before. Success would be nice, but I won’t know if failed cuttings will be because of my poor grafting skills or because the cuttings just won’t strike. That said, cutting off the entire branch to get cuttings is a bad idea. ME cutting off the branch is a very bad idea.

Side view of witch’s broom as I approached in my kayak:

A witches broom is a viral or fungal infection that causes a plant to grow more densely than the parent tree. They can sometimes be cultivated to create bonsai of the parent tree because the growth has smaller internodes and vigorous secondary and tertiary growth. It can grow on any tree, not just swamp trees.

Witch's broom or witches' broom is a deformity in a woody plant, typically a tree, where the natural structure of the plant is changed. A dense mass of shoots grows from a single point, with the resulting structure resembling a broom or a bird's nest. It is sometimes caused by pathogens. Witch-broom disease caused by phytoplasmas is economically important in a number of crop plants, including the cocoa tree Theobroma cacao, jujube (Ziziphus jujuba) and the timber tree Melia azedarach. Witch's b...

Here’s an article about broom hunters. They’re all plant guys. I can imagine myself running through the woods with them. 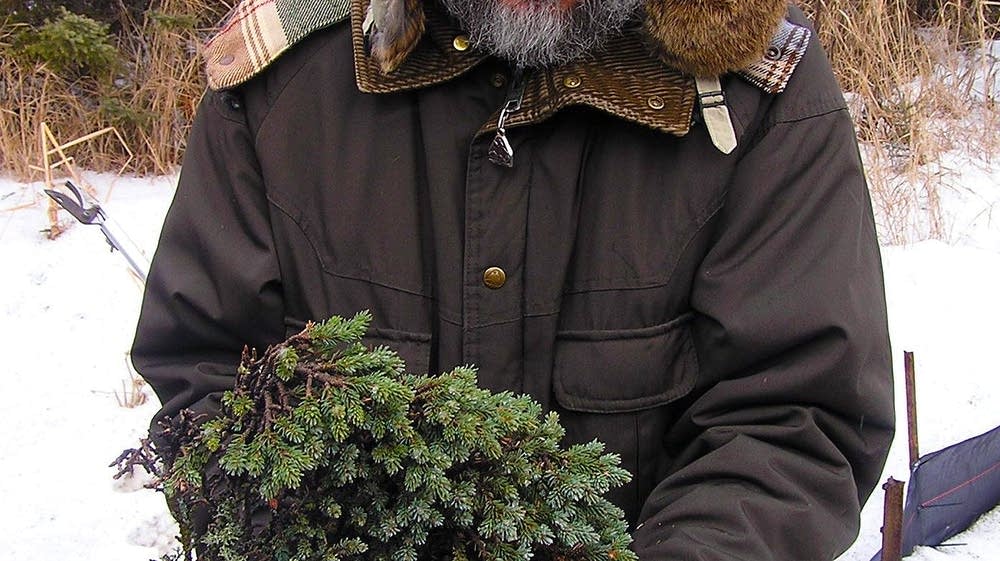 Now about brooms -- witch's brooms, to be exact. Small, tightly woven masses of branches that can appear high up in pine trees across northern Minnesota. These "brooms" are actually the genetic source of a lot of the landscape plants and shrubs sold...